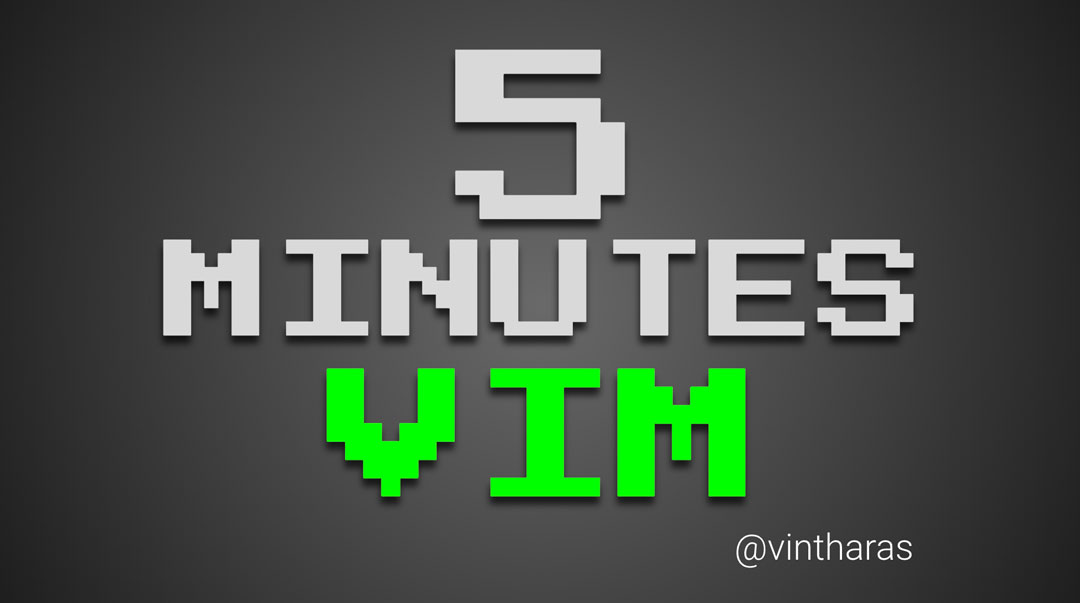 In this 5 minutes of Vim goodness you’ll learn how to move fast like the wind inside the confines of a file. Here we go!

hjkl are the core and most basic motions in Vim. They allow you to move the cursor by one space in every direction:

After you get comfortable with more Vim motions you won’t use hjkl as much, but they’ll come very handy for short-distance movements and small corrections.

A better way to move horizontally, is to jump around word by word.

In Vim not all words are created equal, there’s words, and then there’s WORDS. The difference between words and WORDS is that the former only include letters, digits and numbers.

Vim provides a series of motions that let you jump from WORD to WORD. These are the capitalized versions of the previous motions: Where we used w we will now use W, B instead of b and so on.

To move horizontally even faster you can use f and t (which have the F and T variants to go backwards).

After using f{char} you can type ; to go to the next occurrence or , to go to the previous one. You can see the ; and , as commands for repeating the last character search.

To move extremely horizontally use:

All of these are quite hard to type so try these mappings instead:

Starting from k and j, we move on to a faster way of maneuvering vertically which are { and }:

These two have a couple of disadvantages:

A better way to move vertically is to scroll up and down by half a page:

To move vertically even faster when you have a target in mind, your best option is to search with the /{pattern} and ?{pattern} commands:

You’ll see that as you type, the matched patterns are highlighted. When you find what you want, type <Enter> and your cursor will jump to the first match in the search. There you can perform some editing if you want and later use n to jump to the next match (or N for the previous one). You can think of n as repeating a search.

Vim loves saving you time: At any time, you can type /<Enter> or ?<Enter> to run the last search (forwards or backwards). Use * to do a search for the word under the cursor.

Counts are numbers which can be prefixed to a command to multiply the effect of that command. For instance, 2w allows us to move the cursor 2 words forward. Use {count}motion to multiply a motion {count} times.

A great way to move vertically is to take advantage of counts in combination with j and k. One of my favorite ways to browse a code file is by using 5j and 5k. This is much nicer on the eyes than C-d and C-u because it moves the cursor instead of scrolling the whole buffer.

Typing 5j and 5k can be tedious so use this mapping:

Up next, moving between files and more. If you are into meatier articles then check out the exploring vim series or my book Wizards Use Vim.