A great feature in Vim is its great support for splits and tabs. Creating, resizing, rearranging and moving between splits and tabs is incredibly easy and fast in Vim. VSCodeVim offers an OK ok-support support for this Vim feature that, although not as good as Vim’s, is still useful.

Splits are awesome. They allow you to divide your workspace into vertical and horizontal split windows:

Alternatively, instead of these Ex commands you can use:

Using either of these commands will open a split to the same file that you’re currently editing. So after creating the split, you’ll need to type CMD-P on Mac or CTRL-P on Windows/Linux to open a new file in that split. 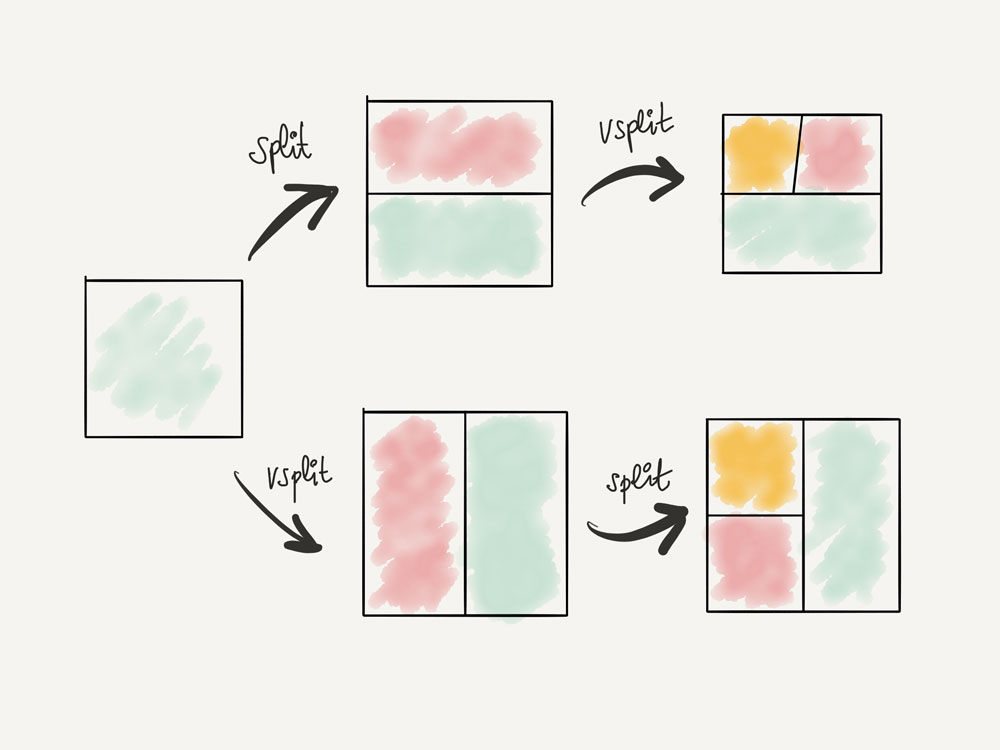 You can move between splits using with CTRL-W + hjkl. Are you currently on a vertical split and want to move to the one on the right? Type CTRL-W then l (the motion you typically use to move the cursor to the right). Makes sense, doesn’t it? This key combination works even when jumping from a code window to the file explorer or an integrated terminal. Sweet!

In Visual Studio Code you can open several tabs within a split. In order to do so:

There are some additional Ex commands to work with tabs but these ones are definitely the most useful ones.

Still Lots of Typing? I know!

The default commands for operating and moving around split and tabs are slightly verbose and uncomfortable. In later chapters, you'll learn how you can customize them to use splits and tabs more effectively.