A couple of years ago I started using vim and I realized that my typing skills did not cut it - I did not practice touch typing but my own deformed version of typing born of using the computer from an early age mainly to play video games and chat on IRC.

I didn’t despair, not yet at least. I decided to switch keyboard layout, nothing drastic, just from a QWERTY Swedish keyboard layout to a US layout (noticing that it was much easier to type parens, semicolon and other programming keys). I also started learning proper touch typing with the typingweb - great web app for typing btw. For the next four weeks I practiced touch typing 2 hours before going to work and 2 hours before going to sleep. The first two days were horrible, I was writing like 10 WPM and thinking to myself all the time: “Come on Jaime! You can do better than this!”. It got better afterwards but that wasn’t the worst, after a couple of weeks I had sooo much pain in my wrists for the excessive typing (before, during and after work) that I couldn’t lift weights at the gym. For the next 6 months or so I wouldn’t do any curl exercise.

Today, almost two years after, I am pretty decent at touch typing and at vim-ming. I am still not as fast as I used to be but I can do 70-80 WPM relaxed when typing text. However, touch typing text is not the same as typing code. And that’s why typing.io is so awesome:

Imagine practicing typing code by using the source code of your favorite open source projects (or any other source code for that matter). Read and learn cool stuff from open source, and at the same time improve your typing skills with pesky characters such as ], }, ), *, =, etc. That’s what typing.io is all about. Cool right?

Some months ago my good friend and UX sorcerer Erik Claesson recommended me yet another UX-related book titled 100 Things Every Designer Should Know About People by Susan Weinschenk. I finished it a couple of days ago as I was flying back to Stockholm from the frozen confines of the north of Sweden (Luleå). 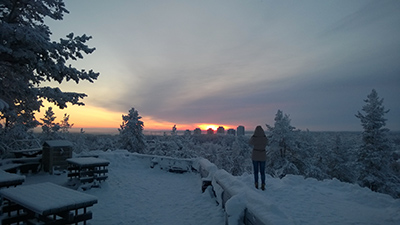 I thought it would be interesting to write a short article to summarize the things that I have learned from it. Some of them I already knew, since there are some recurring topics in UX and psychology literature, but some repetition never did no harm to anyone.

Following the now tradition of the yearly reflective summary, it is time for the wrap-up blog post on what I achieved on 2014, which were my biggest #fails and what I am planning to do in 2015. Here it goes!

Some of my biggest #fails, things that I really wanted to achieve but I didn’t were:

If I had to summarize 2014 I would call it a year of big changes with moving to Stockholm after living the last 4 years in Linköping and starting a new job at the center. I think I spent a lot of energy and time in both of these milestones, but in spite of this all I still got a lot of things done.

but above all I want to become a finisher, I want to spend this year focusing on strengthening the habit of finishing the things that I start.

Hope that you also had a great 2014 and that an even more awesome 2015 awaits you! Let’s get started kicking some ass!… and finishing the goddamn stuff :)

Update 25-05-2015: Reginald Braithwaite has released his “sixth” version of JavaScript Allongé. The book has been greatly updated to include new ES6 (ES2015) constructs that make this book even more awesome. Go read it! or buy it

The place is Luleå, a place in the farthest reaches of the north of Sweden. The time is late, and it is cold outside, cold as it gets, -25°C. The world this far north is covered in snow, even the rivers, and the seas are frozen. A hard environment to live in, yet the perfect environment and time to read cozy in bed! :)

Last night I finished reading JavaScript Allongé on my beloved Kindle and I wanted to share with you some of the awesome things I learned, specially regarding function composition, functional programming and how to write beautiful, idiomatic, expressive and intentional JavaScript by taking advantage of its functional character.

And as 2014 winds down to an end I thought it would be cool to take a look at the best articles I wrote this year (with you as a judge of greatness with your visits). And the winners… are!!!…

The most visited articles I wrote in 2014

The most visited articles

1 Learn TypeScript to Improve Your JavaScript

And to you, thank you for reading! :)