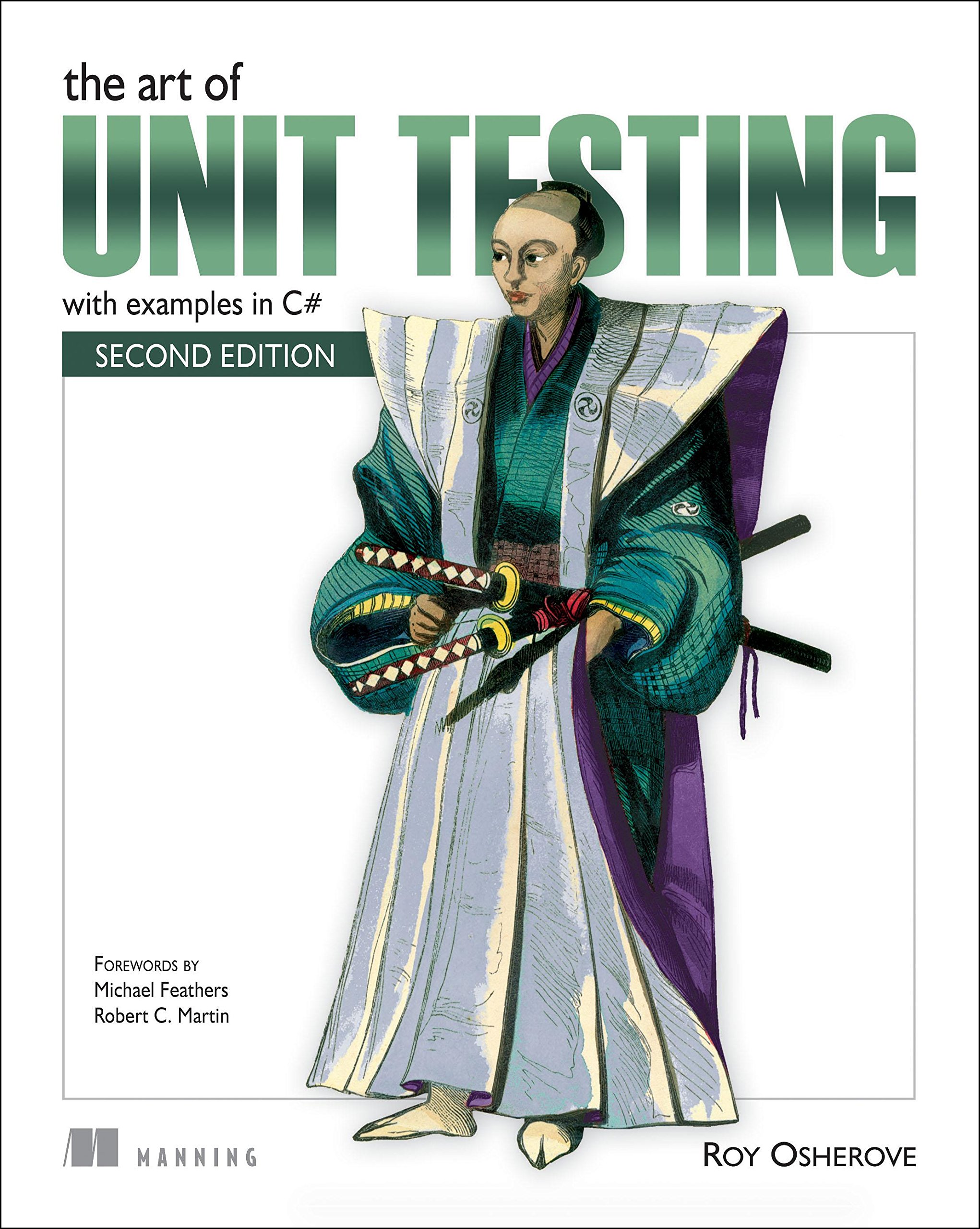 A lot of what I know today about unit testing I learned from The Art of Unit Testing the first edition. That single book gave me such a strong foundation in unit testing that I have been able to apply the same basic principles in every environment/platform/language I have worked in afterwards. Even after reading many other books on unit testing, TDD, BDD… I always feel like these are just different sides or dimensions that stem, complete or expand things I learned in this book.

When I heard that @royosherove had written a reviewed version that addressed one of the issues that has been my biggest pain in the butt I could not resist: I had to read it.

On My Experience Writing Unit Tests, TDD and The Pain in the Butt

So this works great (like awesome) when you are writing a new project, a new application or a new feature where you yourself write most of the code from scratch. In this context it works flawlessly. You are going to end up with a bunch of very small components, that are loosely coupled, have a single responsibility and in a situation with a high degree of test coverage. Which in terms of actual benefits to you as a developer mean (and I am paraphrasing myself from Test Behavior, not implementation) that:

Pain in the Butt #1. Handling Change

First curve ball and the daily bread for a developer: Hello changing requirements!. Sometimes, based on how you have decided to design your system you will be able to extend an existing application’s functionality without the need of changing existing code (OCP - implement a contract defined by an interface with new implementation for instance). Another times, however, a changing or new requirement will be something that you hadn’t anticipated at all in the initial design, something that will be contrary, or the opposite to the very core premises of its existence. In those cases, you will most likely need to change your code and your tests. At this point, there can still be different degrees of change to be handled in different ways. At times you can isolate the need of change to a single class for instance:

Other times… (travelling back in time)

The existing domain model looked more or less like this:

in time we iterated over this and wrote a fluent interface over this configurator that would allow to setup default configurations in a more easy and yet more versatile way:

And I wrote additional unit tests so that we had:

So now the context is set. The requirement given this scenario was to improve performance. As the number of users grew, the performance of the algorithm used to generate the notifications configurations went to hell. This required a pretty hardcore rewrite where the public API of IReminderConfigurator changed and thus we needed to re-write both code and tests.

What went wrong? Could I have written my tests in a more maintainable fashion so I wouldn’t have needed to rewrite them after doing the performance improvements? Hold on to that thought for a minute.

So by that definition, if we go back to my example, a unit of work would comprise testing from the public API of my system - the fluent interface - to a noticeable end result - storing the newly generated notifications in the DB via a repository. In my case, you could say that I was overspecifying my tests, and testing a middle ground that did not add so much value and that, in fact, caused my tests to be brittle and less maintainable. Had I written a test for the complete unit of work, the necessary changes to improve performance wouldn’t have required me to rewrite my unit tests.

And now you will be asking yourself? Did you really need a book to tell you that? :) In my defense I will say I almost got to the same conclusion, I was just much slower XDD.

Anyhow, it feels like this represents a tradeoff and duality, do you want to test each class in isolation, each single class responsibility, have more tests, more granularity in finding bugs? or do you want to test a unit of work and have more maintainable tests. I think I may just start testing how it works with the latter.

Aside from this update on the definition of a good unit test and how to apply it in practice, The Art of Unit Testing comes packed with new stuff and, more importantly, it still remains a cornerstone book to learn unit testing. You who haven’t done any unit testing before will begin your journey with strong foundations and learn how to write readable, maintainable and trustworthy tests. You who have been doing unit testing for a while, will surely learn a couple of new tricks.

Appendix on TDD-ing. Pain in the Butt #2. Playing the “Fake” Seer

Another problem I have experienced some times happens when I am doing TDD and writing code against existing parts of our codebase that I haven’t written myself. This has bitten me more than once… so I go and I make assumptions on how a class works when I am setting up your collaborators as stubs… write tests, write code, everything looks fine and all tests are green but when I actually run the code in production I discover that it doesn’t work at all: The assumptations that I had made regarding how those collaborators work were completely flawed.

Has this ever happened to you? I guess I just need to be more patient, and read the freaking source. :)