Barbaric Monthly is my attempt at building/improving a coding project per month so that I can experiment with old and new technologies, learn ad infinitum, remain excited about the craft and nurture my passion for software development. This Barbaric Monthly is about practicing Objective-C and iOS development building a game using SpriteKit.

Taking advantage of the fact that I am going to be coordinating the development of an iOS app at Medius, I decided that it was the perfect time to learn me some Objective-C and iOS development. So after looking at some courses at Pluralsight and the CodeSchool, I think I am going to build something to imprint all these fleeting knowledge in my head and typing muscles, before it vanishes for ever.

The idea is to build a game and an app and publish them in the App Store before the end of the year (good luck dude XD). I am going to start with the game and use SpriteKit, a brand new game development framework released with iOS7 that comes with all the goodies one needs to build a 2D game: asset management, physics and particle engines, etc.

After doing some short brainstorming (and feeling inspired by the Jumping Into SpriteKit tutorial) I have decided to go with the cute-human-like-space-ship-stranded-in-the-void-searches-for-home-and-finds-earth-that-was-turned-to-cinders theme. Here is some concept art: 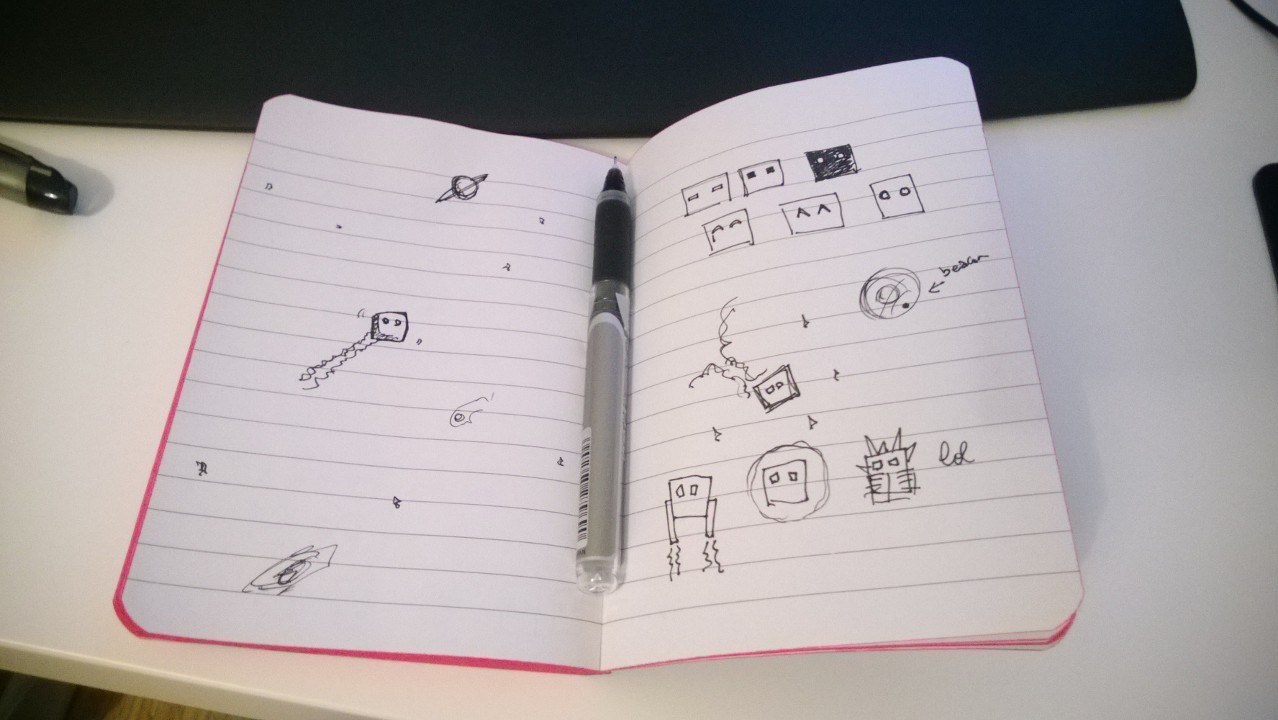 The game dynamics will be based on some sort of free-exploratory-space-shooter of sorts. Check the first ever screenshot of the game (and be merciful): 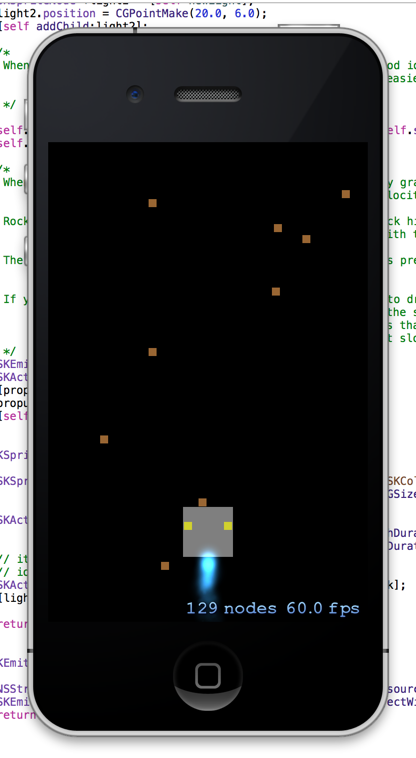 P.S. for the people at work: Yes… I know you people from work feel sad that I have abandoned the Cat-Zez game xD but be patient xD I will write that Cat-astrophic game in the future, as my second iOS game ;)