If you follow my blog assiduously, you may have been wondering for a while… where the heck are you?! Well…Worry not! I will tell you. For the past few weeks I have been preparing with a bunch of friends for East Sweden Hack 2014 - yeah, that’s a hackathon - and thus the sudden disappearance and blog-gy silence. The hackathon took place last weekend, I took a week of resting, and now here I am, full of energy and burning to write some code, articles and kick some butt.

As a soft re-start, I thought it would be nice to write a short article about my experience this year at ESH 2014, that will hopefully inspire you, dear friend, to join the next hackathon you have the chance to be at. Imagine this prospect: two days of hacking whatever you desire, however you desire, with whichever language, tools, libraries, frameworks, whateeevaaaa that you want. Use at least one API of those offered to you by East Sweden county (I am going to go with county although I have no clue how you would translate it to English. Anyhow, it is Östergötland in Swedish)… so use at least one API of those offered to you, and build something that improves in some way the life of those living in East Sweden. Sounds good right? Wait, there’s more! Food and beverages for the whole weekend, a nice and comfy venue and a prize for the winners to go and visit the Mecca of all-things-tech: Silicon Valley. Cool eh? :) Change a couple of details here and there, and I bet you have a similar event happening near you. Why not give it a try?

So, last year it was just @KPalmvik and I, a pair of lonesome bit pushers, but this year we got us some reinforcements and came back with a more complete and diverse team. Behold Team Panda! 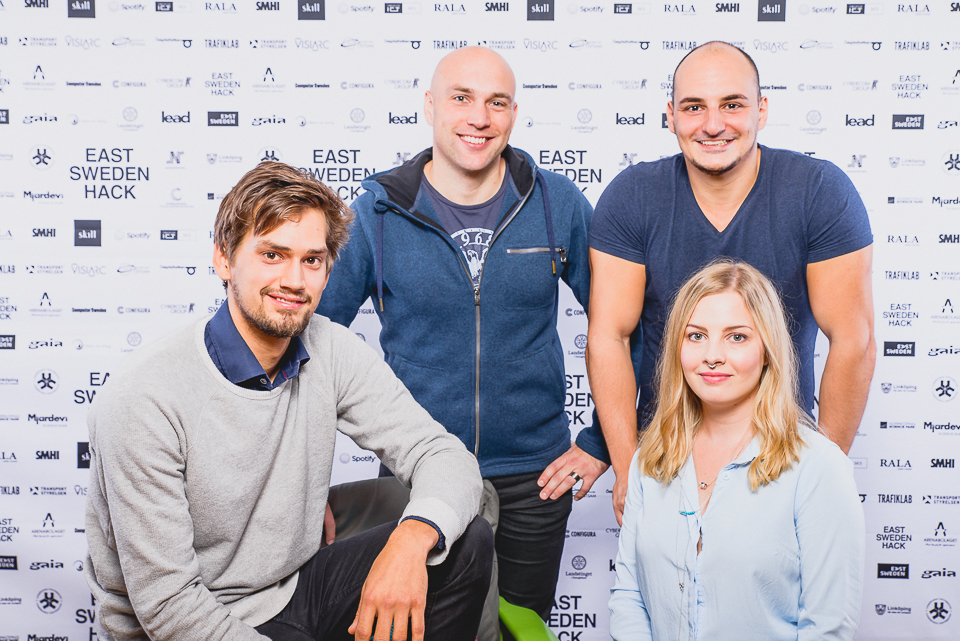 And this is what we built during the hackathon: Pendel Panda an awesome app to encourage commuters (and people) to take the bus by making it as easy and pain-free as possible, and by providing a willing assistant to be with them every step along the way in the form a… grumpy panda bear. XD Yeah and there was some crazy shit that we never got to implement that would have changed the life of a commuter as we know it… XD But anyhow, even though we did not get as far and high as we would have liked, it was a blast.

Oh! I forgot! We did not win. Gå 2.0 won (Gå is walk in Swedish, or… go but only when you mean… actually… on foot, or almost because… planes also… gå) . The app is meant to encourage people to walk more through the use of game mechanics and by making it more social, like, “come walk with me”… or “look I am walking!”. You should have seen their video presentation… that was something… Wait! You can actually see their presentation down there (see the dropbox link):

If you want to know more about how the hackathon went, there’s a ton of information, photos, videos on the East Sweden Hack 2014 website (beware because it is in Swedish).

Have an awesome week!!! And, if you ever have the chance to go to a hackathon, don’t hesitate, just go!