As soon as I announced Wizards Use Vim at such an early stage of writing I started thinking about the best way to involve the community of readers in the writing and development of the book. Should I send email updates every time I publish a new version? Should I do it biweekly? Monthly? Should I wait till the book is ready?

Part of what I wanted to do with this book, and following the spirit of an article I wrote recently called Don’t Give Up! Keep Iterating, was to show how much work goes into a book. And specially how an ugly, gross, chaotic ball of mud can slowly be transformed into a beautiful sculpture through iterative work.

This is the format I settled for: The Wizard Logs! In this bi-weekly series I’ll share with you my adventures, glory and misfortunes of writing this new book on Vim. I’ll give you an update of the progress of the book, ideas I’ve been considering, things I’ve been pondering about, obstacles I had to avoid and dead-ends I smacked my face into.

First, it was super heartwarming for such a weird book to have such a nice reception. This was almost entirely due to the awesome and encouraging dev.to community. There was a lot of people interested and enthusiastic in reading the book at this early stage and providing feedback. In fact, there’s been great feedback that has helped me improve the book already, which has lead me to add a chapter to recognize contributions in the book. If you’ve provided some feedback then go take a look.

Over the past week I’ve spent most of my Dad free time writing this book. And in the spirit of LeanPub I’ve published about ~20 new versions of the book with lots of improvements and new content:

I’ve also been creating some art drafts for the book. These are versions 0 where the goal is to reflect an idea or the spirit of an idea in a drawing. Here are some of them: 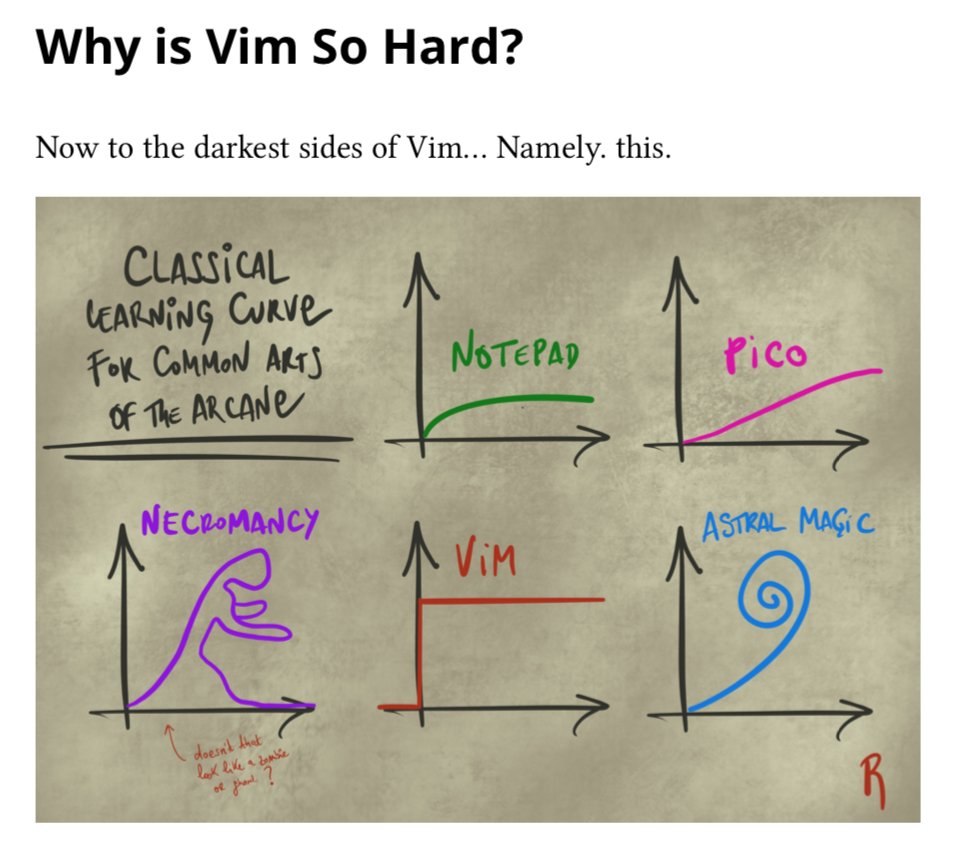 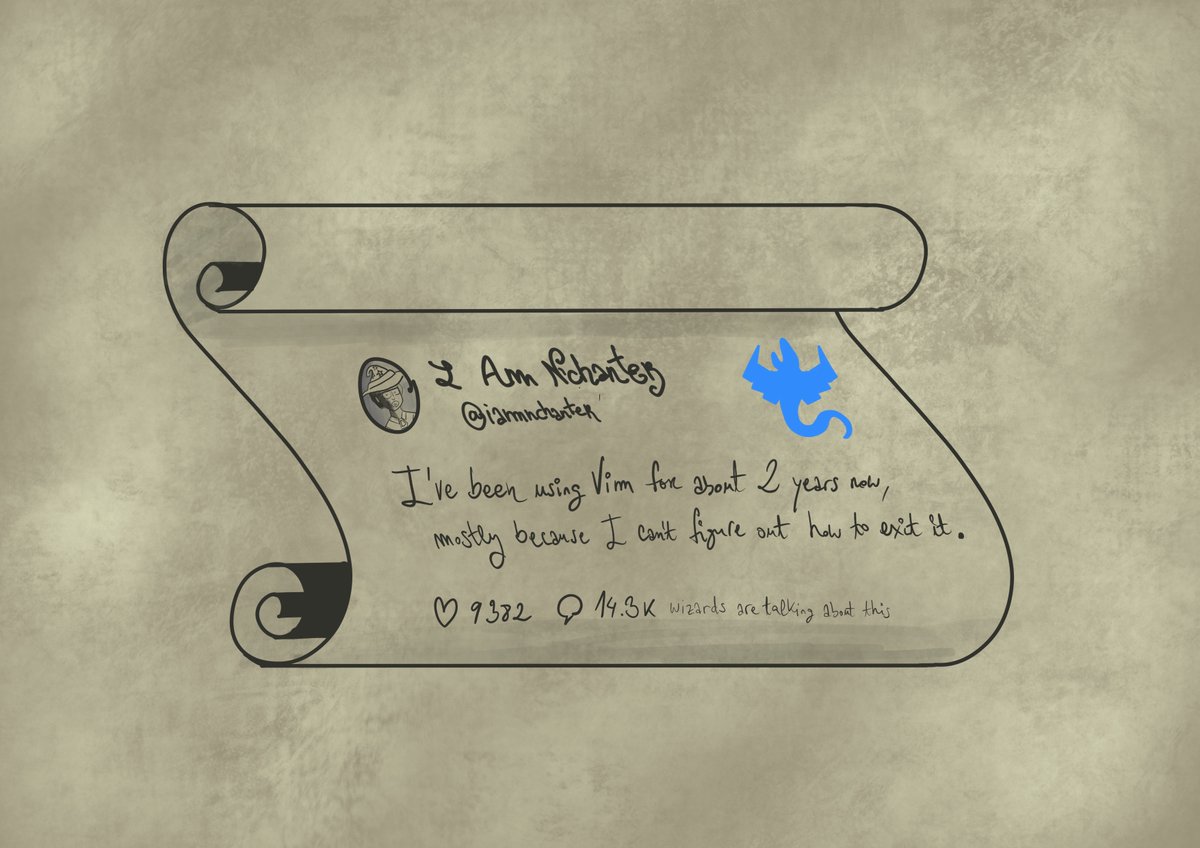 Some cool ideas I’ve included into the book thus far:

Summarizing what you’ve learned at the end of a chapter is a great indicator of the quality of a book. But in this book we’re going to do something better. We’re going to journal, and you are to going write a summary of what you’ve learned as you read each chapter using Vim. You’re going to write down what you learn of Vim with Vim, this is gorgeously meta. Aside from the meta-awesomeness there’s more advantages:

Things that concern me right now:

If you’ve downloaded the book and are wondering whether or not to read the book right now (I have several readers ask me that very question) I’ve got an answer for you. It all depends on what you want to get out of this book:

Wondering what the heck proposal, draft, candidate and finished are? They are just names that represent the state of maturity of each chapter within the book. Their goal is to make readers aware of this so they can decide whether they want to put up with early drafts or not.

And that’s all I have for now. Until the next time! Take care and be kind to the people around you. Hug!

P.S. If you’re interested in more specifics of my writing process then take a look at this series I wrote about writing books.